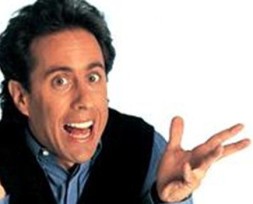 A few weeks ago, my wife and I bought all the stock at a local Target – at least that’s what it felt like. We don’t typically go to Target and buy massive amounts at one time, so we don’t have that mystical, innate quality of knowing which lines and checkers are the most efficient.  By the way, by what strange alchemy or ancestral power do some people just know which lane will get them out the door the fastest?  Do they look for signs in the fluorescent lightbulbs?  Is there some secret equation that involves the placement of the gum in relation to the tabloids – the ones that are always reporting on some new royal baby or wedding that I care absolutely nothing about?

We packed our cart full of groceries, supplies for vacation, and stuff we ultimately didn’t need and budged it towards the front of the store.  We picked the shortest checkout line – a choice that seems to be a mistake more often than not – and patiently waited for our turn like good civilized people.

And when it was our turn to checkout, that’s when we met Cheryl.

Cheryl looked as if she was one cartload away from ripping off her nametag and ragequitting on the spot.  She didn’t look angry with customers, but rather, she possessed the look of a tormented soul who had frequent nightmares about laundry detergent and frozen dinners and off-brand tennis shoes that fall apart after a month of use.  I greeted her in my usual tones of obnoxious extroversion; she replied with a “hello” that sounded like the noise one first makes in the morning when drool has fused one’s face to a pillow.

Now, I want to take this moment to say that I do not mean to besmirch Cheryl’s value as a God-created human being.  I’m sure she’s a lovely woman in many, many ways.  If any of us took her out for coffee, I could imagine her telling us stories about her life – about love and longing and victory and pain and all the things worthy of an autobiography.  I’d like to think that Cheryl is a concert pianist with a part time job.  Or, maybe she’s a product scanning and bagging savant and she was just having a bad day

With that being said, on this day, Cheryl was slow – the kind of slow where Father Time takes a smoke break and causes all of reality to just creep by for fifteen minutes.  She also had a unique way of bagging goods.  Even though she had three bagging stations around her, she was very meticulous about what went into each bag.  One of the first items she scanned was a plastic box of Tide pods, which went into the bag closest to her.  There was still more space in this bag and she kept it open, but she didn’t put anything else in this bag until the very end.

This odd bagging tactic only gave her two bagging stations to work with, and she was meticulous about these as well.  Every finished bag she handed to me had goods stuffed in them like a perfect Jenga tower.  But all the items that didn’t quite fit her system – and there were many – were scanned then pushed to the side of the conveyor belt.  This caused her to scan a couple of things twice.

Amy, who rightfully began watching her like a hawk, caught one of these errors and pointed it out.  Initially, Cheryl denied the allegation in a way that made her sound as if she thought her revolutionary way of bagging was infallible.  But when Amy showed her the duplicate entry, Cheryl tried to delete it, but then deleted the wrong item.  Then, Cheryl proceeded to rummage through her already scanned items to find the one she accidently took off the screen.  She eventually found the item, but only after Father Time had started on his second cigarette.

I started to clinch my jaw in frustration. I looked back and saw that the line of shoppers behind us had grown so long that the tail end of the metaphorical snake was close to the women’s clothing department.  That’s the danger zone of retail.  When lines get that long, it’s an indication that the employees are losing control, and that a civilized brick-and-mortar store can suddenly turn into a lawless, post-apocalyptic scenario rife with looting and rioting.

I began to feel guilty about it, even though I had done nothing wrong, even though it was beyond my control. I’m sure you’ve been there – the times where you’re the head of the queue and the retail process suddenly breaks down, and you take on the shame for being the harbinger of a ruined shopping experience. I call the phenomenon, McDonald’s Drive-Thru Guilt.  I think the Catholics just call that Catholic Guilt, although my example is much more specific.

But the thing that annoyed me the most was the box of Tide pods sitting inefficiently by its lonesome. Now, maybe Target has some overblown safeguards about what can go into a shopping bag with Tide pods since a handful of the world’s brightest teenagers found them to be delicious.  But if that’s the case, then put them in a bag by themselves, slap a Mr. Yuk sticker on it, and move on.  I thought about grabbing the bag anyway, but Cheryl occasionally looked in it to see if the item she had just scanned would be a good fit.  I think that if I had snatched the Tide without her consent, it would have wrecked her whole process, and God only knows what would have ensued.

I have a small section of my brain I like to call The Storyteller. I think we all have it to some degree.  We all love to find the humor and beauty in things, and then go to our friends and family with a story, which is often started with the phrase, “You’ll never believe what happened to me today.”

The best stories we tell are the ones that have the most mundane settings: on the couch with our children, in the car with our friends, in the checkout aisle of a Target. A good story will make someone laugh or cry or think.  A great story will make the listener do those things, but also say, “I totally get it!  Something similar happened to me!”

On this day, The Storyteller whispered into my ear, “This will make for a great story. It’s like an episode of Seinfeld.” When this happened, I mentally put myself in my very own Seinfeld episode. I could almost hear the slap bass and the canned laughter as the whole rage-inducing event suddenly became hilarious.  Before, whenever I looked at the bag with the Tide pods, my internal chatter would scream, “Dang it, Cheryl, just put something else in the bag!” But when my inner monologue suddenly possessed the voice of Jerry Seinfeld, it said the same words, but the context had completely changed. The bag was now nothing more than a prop in a funny skit.  Dang it, Cheryl! I’m not going to eat the Tide pods! Put something else in the baaaaaaaaag!

When we finally got out to our car, I laughed myself to tears as I did my best Seinfeld impersonation.  Amy caught on and we talked and laughed about the whole matter the entire ride home.  Thanks to my second favorite Jerry (my Dad claims the first spot), our frowns were turned upside-down.  Admittedly, it’s a stupid platitude, but it works in this case.

And so, at the risk of some sort of infringement, I’m coining the term Seinfelding.  Whenever you’re in any kind of frustrating situation, try to listen for the slap bass, the canned laughter, and the voice of everyone’s favorite New Yorker from the 1990s.  You just might feel better, and you might have a story to tell.